Choden, a former-lawyer and Buddhist monk explains his thoughts on Mindfulness

Unmind's Cultivate Mindfulness Series, was created in collaboration with Choden - former lawyer, former Buddhist monk, honorary fellow at Aberdeen University, secular mindfulness teacher, and co-author of 'Mindful Compassion' with Professor Paul Gilbert. Here, Choden tells us about his fascinating background, his thoughts on mindfulness entering the mainstream, his work, and the role that mindfulness can play in our lives.

1. Can you tell us about your journey from growing up in South Africa, to becoming a lawyer, to becoming a Buddhist monk and ultimately to the work you're now doing with The Mindfulness Association. 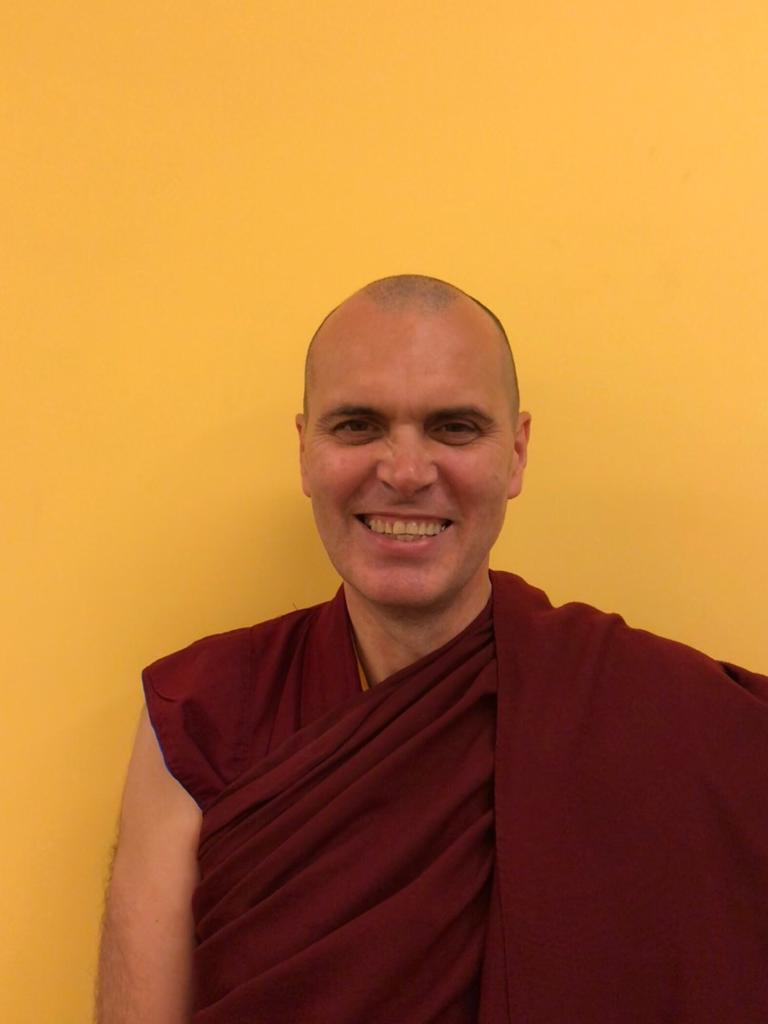 I grew up in Apartheid South Africa. This was a strange, divided experience. On the one hand I was fortunate to be a white person and part of the privileged elite, but on the other hand I was very aware of the huge social inequalities in my country of birth and how we were the pariah of the rest of the world. I went to a school that was modelled on English public schools and after I matriculated I was under a lot of pressure to do a ‘respectable profession’, and so I choose to study law. But all the time the divide and pain of the South African experience lived on inside me.

I qualified with a law degree and went on to be admitted as an attorney. But the most significant thing that happened at law school was meeting a Professor of Criminology, called Rob Nairn, who was also a teacher of Buddhism and meditation. I attended many of his Buddhist talks and retreats and these had a huge effect on me.

The Buddha taught about the suffering nature of life, its causes and how we can become free from suffering. So this resonated deeply with me. I was also very drawn to the path of meditation because it created an inner sanctuary of peace within me and provided access to a profound wisdom that lay beyond words and ideas.

I then followed Rob to Scotland where we both studied and practiced at a Tibetan Buddhist Centre called Samye Ling in the Scottish Borders. While there I completed a 3-year meditation retreat under strict, cloistered conditions. This was a very intense, life changing experience and I learned so much about my mind and the human condition. Nonetheless it became clear to me that most modern, Western people need a more gradual path that is less tied up with religious ritual and belief.

Rob felt that same way, and so we teamed up in forming the Mindfulness Association in 2010. Our intention was to draw on the wisdom and depth of the Tibetan tradition but present it in an accessible and experiential way in three stages: mindfulness, compassion and insight.  This then resulted in a very successful partnership with the University of Aberdeen in running a Post Graduate Studies in Mindfulness (MSc) that continues to this day. During my time at Samye Ling I also took life robes as a monk. Although I am very involved in teaching people from all walks of life in a secular way, being a monk preserves the depth and integrity of the Buddhist teachings in my own life and enables me to transmit the essence of these teachings to anyone.

2. How do you think the original essence and intention of mindfulness can be retained whilst adapting it to the modern, secular world?

Mindfulness has now fully entered mainstream life and it is being taught and practiced everywhere, from monasteries to schools to businesses, and to even the military! This is to be welcomed because if offers very helpful skills for relating differently to our mind so that we are less caught up in negative thinking. But there needs to be some caution here too.

There is also a huge proliferation of mindfulness apps and online teachings. In themselves these are positive developments, but it is important that mindfulness does not become a superficial, ‘quick fix’ solution to deep rooted problems like stress and low mood and loss of meaning in life.

For mindfulness to work it is important to receive teachings from someone who has experience and maturity. This is the same for any other important life skills. It is also very important to take the teachings and methods to heart and to practice them in one’s daily life. This does not necessarily mean many hours of sitting meditation practice, but it means applying the skills of mindfulness to everyday life situations and working with our own minds – learning to tame negative thoughts patterns and cultivate positive ones. In this way the authenticity of mindfulness practice will be maintained and we will experience the benefits of mindfulness in our lives.

3. You co-wrote a book with Professor Paul Gilbert OBE, the founder of Compassion Focused Therapy. What was that like?

Paul and I met on Holy Isle in 2008. Holy Isle is a beautiful Buddhist retreat island in Scotland, owned by Samye Ling Tibetan Centre. I was managing the Interfaith Centre on the island at the time and we hosted a conference on Neuroscience and Buddhism which he attended. Paul and I immediately hit it off and became very good friends. We came from very different backgrounds. He was a professor of Psychology at Derby University and was very involved in clinical research into the effectiveness of compassion methods for people with mental health problems. I was a Buddhist monk involved in teaching mindfulness. We started running retreats and workshops together. I would bring the wisdom of the Buddhist tradition and the skills of mindfulness meditation, and he would bring his understanding of science and psychology.

It was a mix of eastern and western wisdom. Through working together in this way we ended up writing a book together, called ‘Mindful Compassion’ in 2013. Writing the book was a great experience because we were exploring together how the wisdom of the East could combine with modern insights into psychology and neuroscience to find a path of practice that was relevant to people in modern, secular life. This book cemented our working partnership and we continued to run workshops and trainings in the UK and Europe.

4. What is your hope for the Unmind 'Cultivating Mindfulness' Series?

My hope is that the people who do the Series take the teachings and practices to heart. This is the most important thing. By ‘taking it to heart’ I mean not just listening to the audios and finding them interesting, but actually applying them to their lives. Mindfulness is a deeply personal journey because it is learning to find a different relationship to your very own mind.

Nothing could be more personal and intimate than that. So if you see mindfulness in this way – it is about you and your commitment to change – then it can be hugely transformative. My hope is also that you practice both the short sitting practices as well as the daily life practices. The sitting practices are like ‘fueling up’ so that you can bring awareness, kindness and clarity into your everyday life. If you can work on both these areas then mindfulness might well end up being one of the most important skills you have ever learnt.

5. Finally, what one piece of advice would you give to us to help us relate to our own minds in a healthy, helpful way?

Learn to accept the inner stream of thoughts, feelings that come up from moment to moment. Acceptance is probably the most important mindfulness skill.

It does not mean that you must like what you feel, nor does it mean you have to condone negative thoughts and just succumb to them. It means that you stop fighting with things inside you that you do not like.

When you do this you create the conditions for change. In the words of the great psychologist Carl Rogers, “The curious paradox of life is that when you begin to accept things in yourself then change happens.” Conversely, to use the catchy phrase used by many mindfulness teachers, “What you resist persists.”

It is also important, however, not to feed negative thought patterns by indulging them. So we could use a key motto throughout the training in mindfulness: Accept but do not feed

Find out more about the work that Choden and his colleagues do at the Mindfulness Association here.

What to read next

Why we gave NHS workers access to Unmind amid COVID-19

As unprecedented pressure is exerted on our health service, we’ve opened up the Unmind platform to anyone with access to an nhs email address.

Over the last three years, things have moved fast here at Unmind. High growth, iconic clients, and most importantly, inspiring stories from our users.

Dr Kate Daley shares her thoughts on Blue Monday and explains why it’s important to pay attention to our feelings all year round.